A story in Coerthas

As Ishgard makes strides toward reconstruction, the sparse lumber available in the highlands left the city state in need of more resources.

A group of adventurers, artisans, laborers and heroes ventured into the lowlands to build an operation to bring lumber to the Firmament, and to connect natives of the lowlands to their lost home.

Thanks to the actions of these heroes, much bloodshed was avoided, new settlements were created, and Ishgard will have more resources and allies going forward. 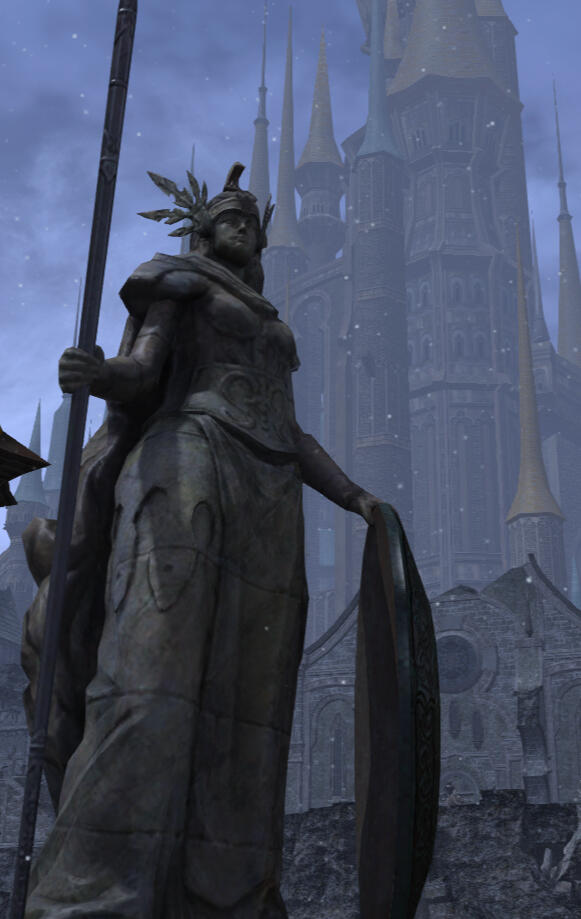 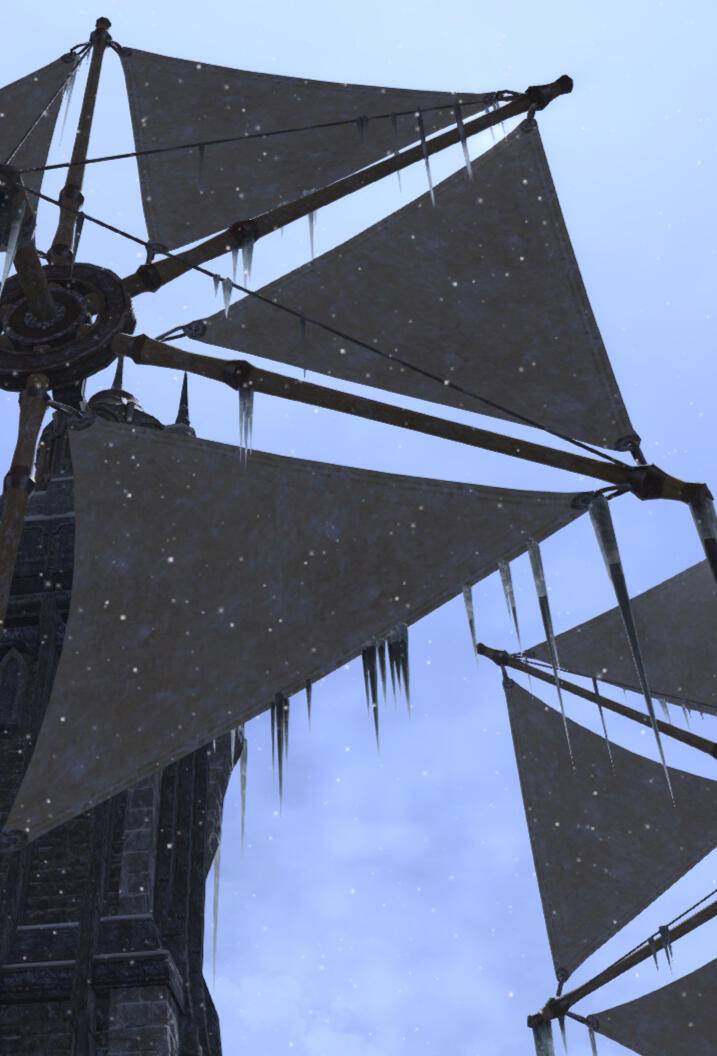 Organized by: Aetherscale Enterprises
Participants: The many who signed up
Contacts for info: Lucas Rajan (MithrilDM#6221)

This was a multi-week story that took place in and around Coerthas. Its ultimate goal was to promote RP in the open world while advancing character goals.

For several weeks, dozens of people showed up to hang our for casual RP, pitched in behind the scenes, and registered for DM'd events to move the story forward. Several people also organized their own events and adventures.

These are archives of all the RP that happened during the venture.

Do not take it to be an IC record, but feel free to ask about certain items on it if you'd like to reference something.

This is how everyone contributed to the operation each week

Here is an account of reactiosn to RP events. New readers, ask before taking any of this as IC knowledge

Players reflect on their favorite RP memories in the venture. This is OOC.

The investors have turned FRI over to Ishgard in return for scrips agreed to be equal to their financial expenses and ongoing royalties. 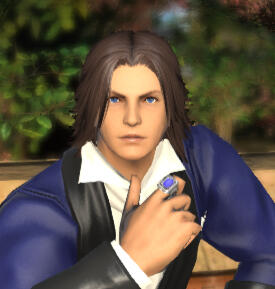 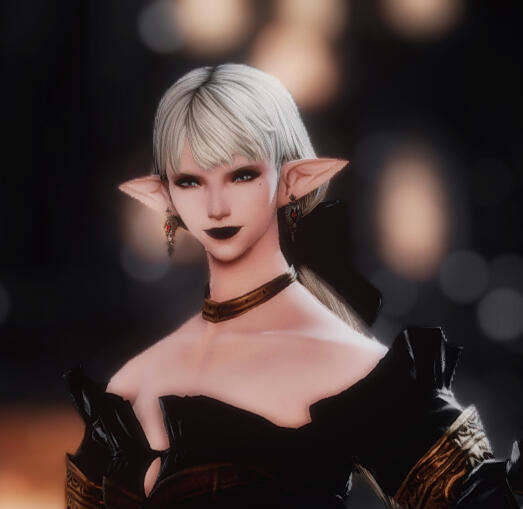 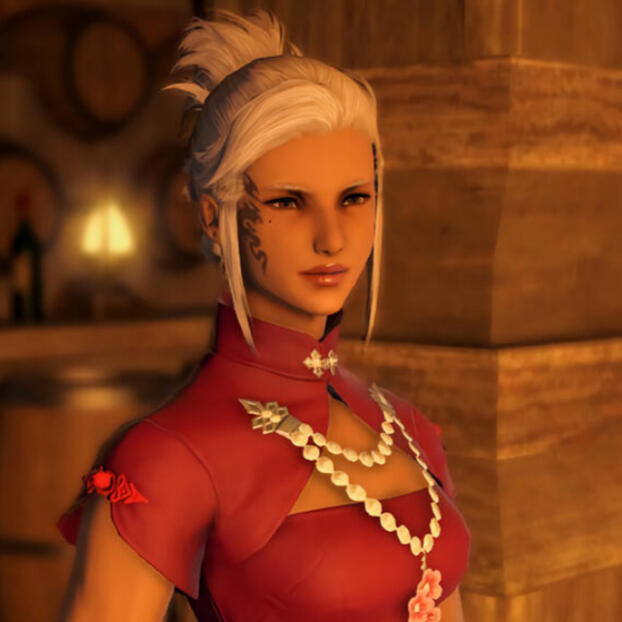 The People of FRI 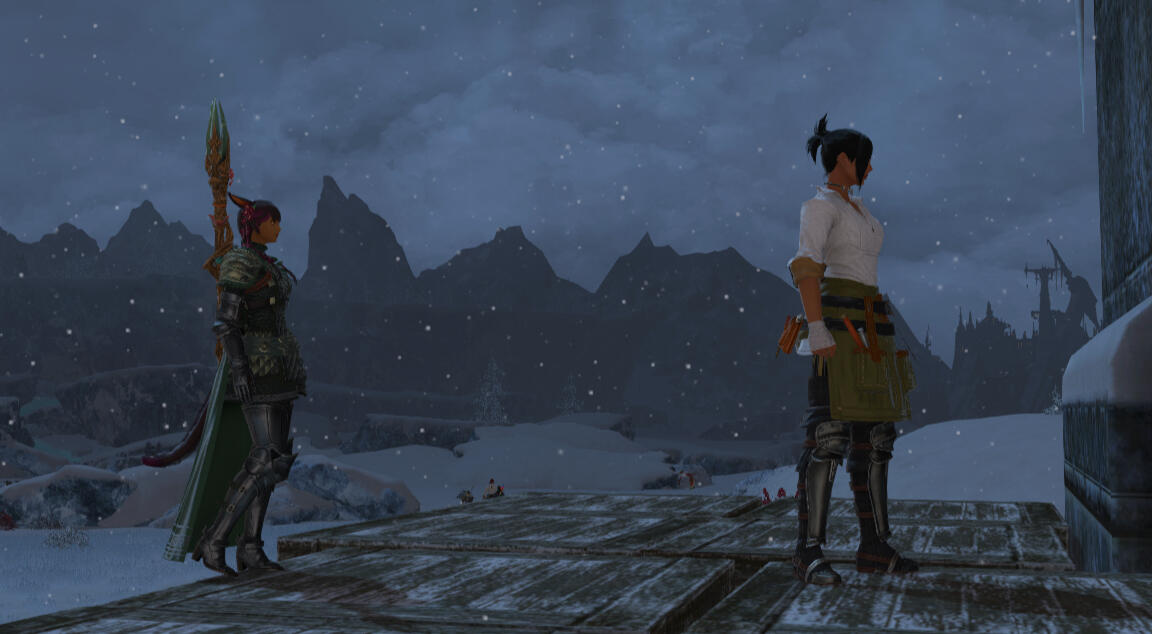 People of the Firmament Restoration Initiative

The people of the FRI are paid fair wages for their hard work, not to mention a fat sum of hazard pay.

This list is certainly not complete. Poke me if you've been missed!

The groups of FRI 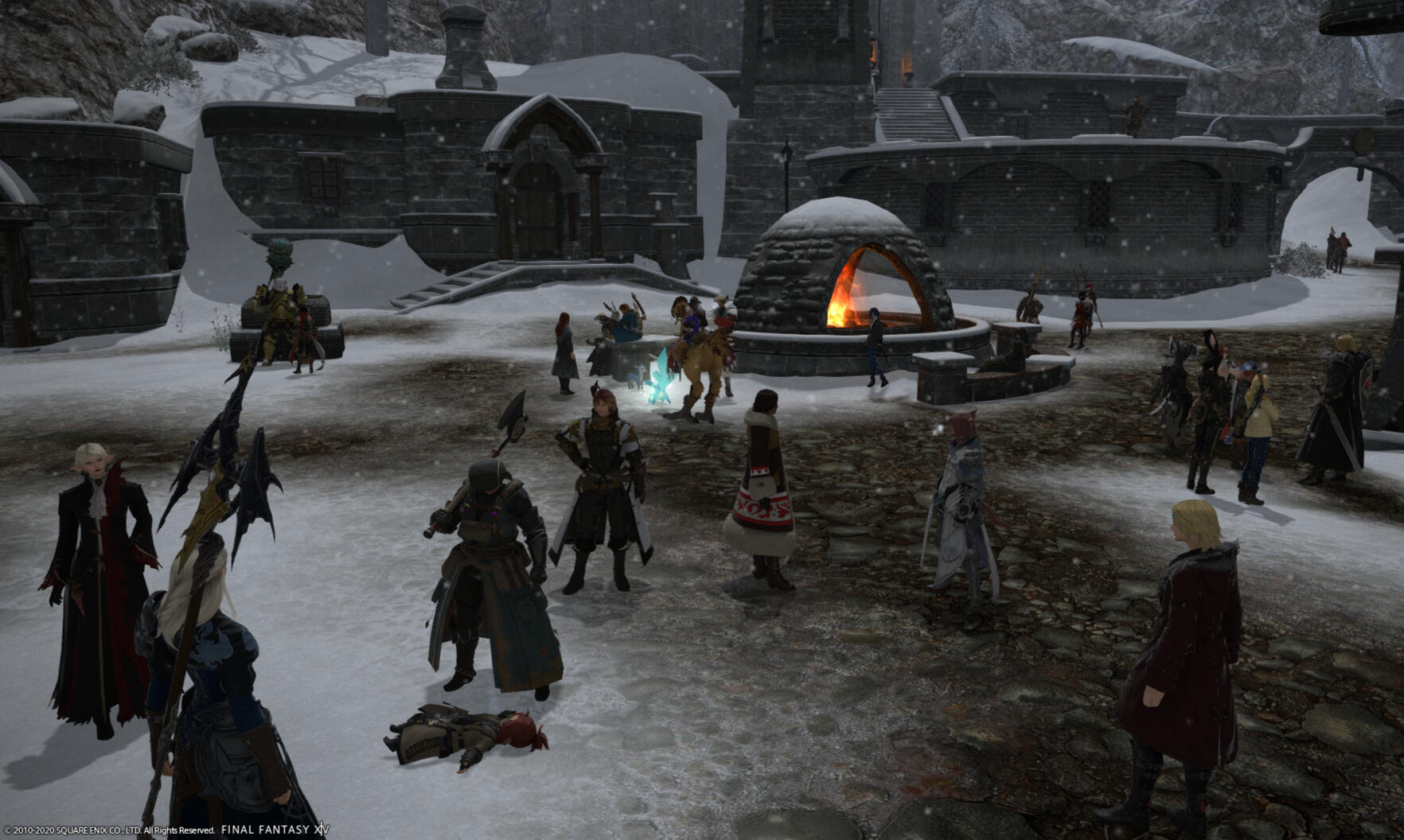 With the initiative turned over to Ishgardian hands, the investors earn make their investment in scrips, as well as a cut of royalties going forward.

Due to the incredible contributions of FRI's allies taking the initiative on their own terms to go above and beyond the call of the venture by restoring a lodge, fortifications, and surrounding buildings near the mill, residents of the lowlands may have something to return to at last. It also means the investors are able to "buy low and sell high" on certain property investments. This money is used to financially reward the allied groups.

There is some concern that it may not be appropriate to pay The Winged Ewer, a charity. But friends in Ishgard see to it an Imposing Ishgardian Shelf is delivered to the healers.

The venture has been proven to be a success. The first shipments of lumber have made it to Ishgard, and the concept seems sound. Ishgardians have taken over operations, bringing jobs and gil to Coerthas, and needed resources to The Firmament, and those in need of homes.

Several of the venture's allies took it upon themselves to go above and beyond in reconstructing old buildings in the lowlands. As a result, the mill is well protected at the border of The Fellwood, and locals have something to return to, and new skills to use.

The venture found a new ally for Ishgard in the lowland ixal. they had been about to go to war with a coven in the lowlands, but FRI intervened and convinced them to give peace a chance!

FRI also helped the ixal heal many of its wounded, and teach its healers new techniques. Furthermore, it created a dance troupe to dispel the totentanz that had taken a grip on the coven as its members suffered in sadness following the Dragonsong War.

The criminal organization Phoo's Raiders was brought to justice, and it was revealed it had stoked the fires of conflict between the ixal and the coven. Its leader, Jahrah'ra Tapphoo was brought to Ishgard to face prison.

As a result: Gridania paid a bounty for the defeat of Tapphoo's Raiders to those who brought the group down. The Coven (Halone's Daughters), offered FRI its special growth formula to help preserve trees. The lowland ixal offered FRI a balloon, and Ishgard whatever knowledge it can about Natalan. 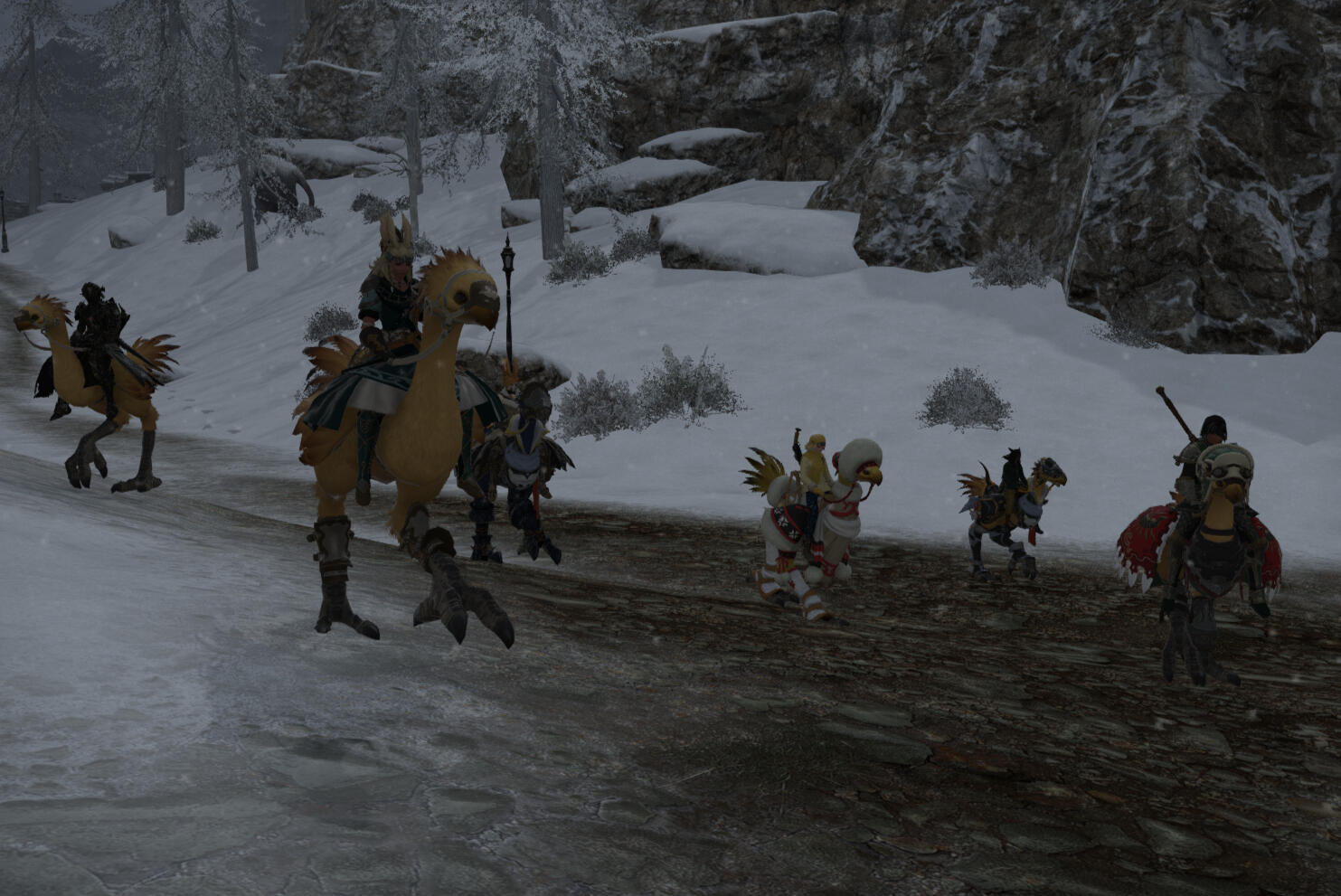 Celebration in
The Firmament 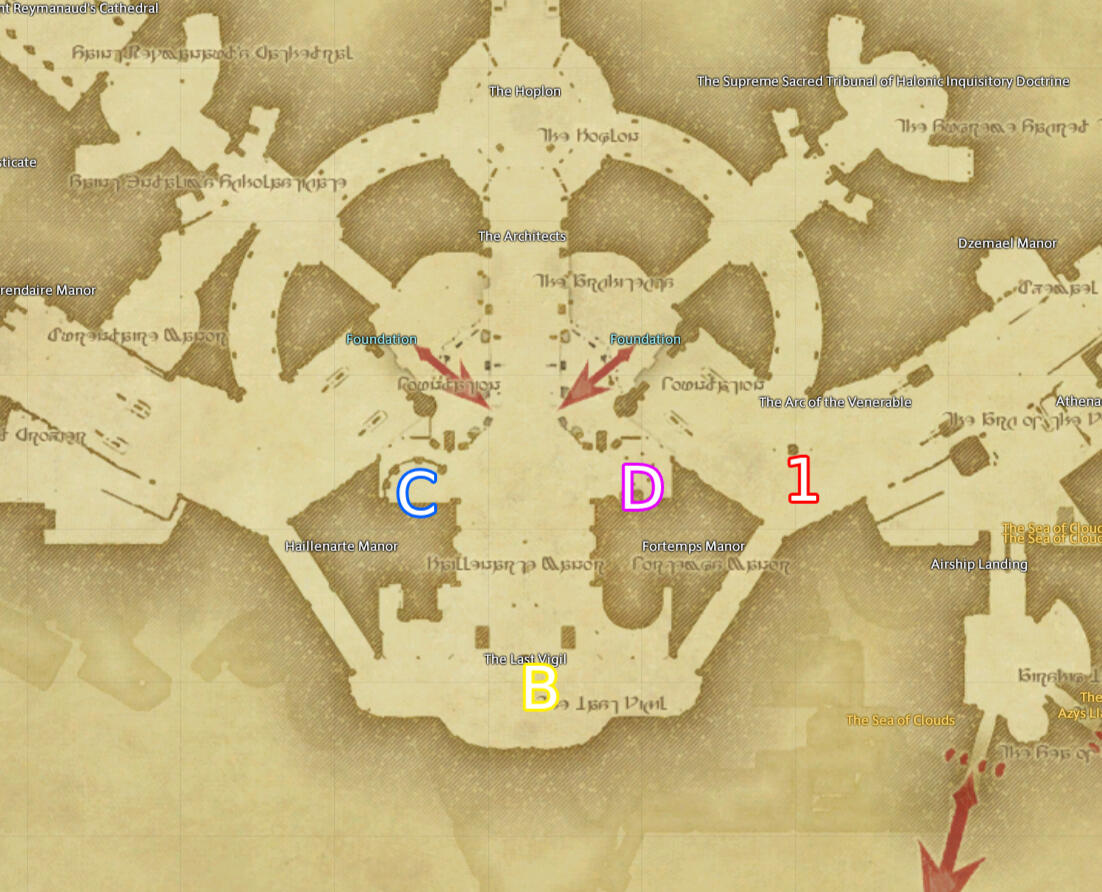 FRI Celebrates in The Pillars
When: 8 p.m. EST, Friday, May 29
Where: The Pillars
Who: Anyone who contributed, big or small
Dress code: Lucas (fancy and extra as hell) or Saoirse (casual)

To celebrate the successful mission of the Firmament Resource Initiative, its members will meet in the Pillars for a feast, games and fun, and to see firsthand the sort of projects the resources it provided will go toward.

8 p.m. EST: Celebration begins, gather around the dais at (B)
8:30 p.m. EST: Lucas insists upon speeches from the dais. Suffer through them. You’ll hear from the investors and FC leaders. (B)
9 p.m. EST: The Feast will begin. Food is available from The Moonlit Oasis staff (NPCs) at the gazebo (C ). Tea from Tonbo Tea will be served at (D).
9:30 p.m. EST: Stage performances will begin at (B)
10 p.m. EST: Roam Silverbrush will unveil a gallery of art depicting the FRI’s accomplishments. The link will be provided to accompany it! (1).

Dancing will begin! There will be live music, listen here for the right vibe.
11 p.m. EST: The raffle winner will be announced. You must be there to win!

BRIEF speeches will be by

Food is provided by The Moonlit Oasis staff (NPCs). Load up at (C ) starting at 9 pm. EST.

9:30p.m. EST: Tigerlily will take the stage with a performance (B), followed by Monorri Kaisuri. they’ll all give a rousing show to celebrate the recent campaign victories!

The Moonlit Oasis’ artist in residence, Roam Silverbrush, has been following FRI around, painting scenes and listening to stories. A gallery depicting her work based on this time will be unveiled at (1) at 10 p.m. EST.

Paired with the IC gallery is a gallery of edited photos taken during the whole event!

Here is the link!

Dancing will begin at 10 p.m. EST below the stage (B) where a live band will be playing. Find the music vibe at here

Feel free to spread out to reduce chat spam!

To enter in the raffle, you need to have posted in the #memories channel in the “Into the Lowlands” Discord per its instructions.

The winners will be announced at 11 p.m. EST. You must be present in The Pillars to qualify!